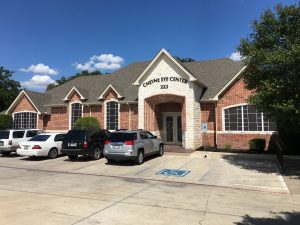 Cheyne Eye Center has been a leading provider of optometry services and vision care products in the Granbury community since 2002, and we want to help you achieve and maintain clear and comfortable vision for years to come. Our experienced eye doctors offer comprehensive vision examinations at our Granbury optometry office and specialize in the diagnosis and treatment of a wide array of eye diseases, conditions, and problems. We use advanced diagnostic technology and vision correction products and are committed to improving the quality of life of persons in the Granbury community through enhanced vision. Give yourself the gift of clear vision – schedule an appointment with your eye care provider today.

You can schedule your next eye exam with us online!

Let's continue the conversation over on your social network of choice.